‘I Met the Walrus’ is the animated extension of an extraordinary interview that took place in 1969. A fourteen-year-old Jerry Levitan, armed with a reel-to-reel tape machine, snuck into John Lennon’s hotel room in Toronto. The ‘Beatle’ rewarded the teenager’s pluckiness with an interview that contains the distillation of the musician’s message of peaceful protest. Thirty-eight years later Levitan adopted the role of producer on this short animated documentary, providing his original recording as the source material. The teenager’s naïve interview style, along with the kind authority with which Lennon imparts his wisdom, constructs a wonderful sub-narrative; the dynamic of master and student. 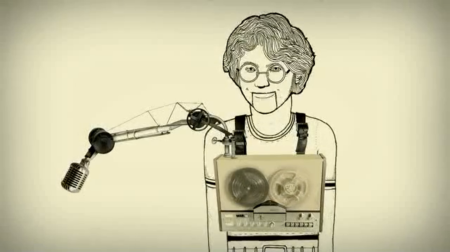 The director and animator, Josh Raskin, expands on Lennon’s words with a stream of images that complement the verbal content. The camera manoeuvres around a constantly developing two-dimensional graphic field, new images sprouting out from the previous area of focus. Much of the imagery correlates directly to phrases they depict, but on occasion this deviates from literal representation. For instance, when discussing how one could combat the establishment of a nation suppressing its people, Lennon states: “…the only thing they [the establishment] don’t know about is non-violence and humour.” The moment the last word of this sentence is uttered an illustration of a humerus bone bounds on to the screen. The pun behind this visual/verbal collision is instantly absorbed while echoing the point that comedy can be powerful and elegant.

This animation is littered with carefully thought out imagery that strikes a balance between augmenting Lennon’s words without distracting from them. The pace at which pictorial components are introduced is strangely rhythmic. Such a mesmeric stream of audio-visual information allows little room for the viewer’s mind to drift.

James Braithwaite provides the distinctive plethora of pen illustrations. Influence from William Heath Robinson’s eccentric machines can be detected in Braithwaite’s retro style. The turn of the century artist drafted impractically complex and counter intuitive industrial activities. A comparable wit and tension is notable throughout ‘I Met the Walrus’.

Alex Kurina is credited as a computer illustrator. This new media artist is likely to be responsible for the modern edge that acts as a counterpoint to Braithwaite’s traditional pen drawings.

Although the division of labour between Raskin, Braithwaite and Kurina is not entirely clear, what can be said for certain is that the team have created a rich visual language that balances past and present. Traditional forms of illustration help conjure nostalgia for the era. These are subtly contrasted with modern pink graphic components, along with snappy swivelling camera motions. For five minutes this film evokes the excitement felt by a teenage boy as his hero indulged his enthusiasm. ‘I Met the Walrus’ has won all manner of international animation awards, received over two and a half million views on YouTube and was Oscar nominated for best animated short film in 2008.

Samantha Moore’s 2007 UK Film Council commissioned animated documentary explores problems of stigma and denial in a Ugandan community through the eyes of two women dealing with the effects of HIV/AIDS in their respective families. 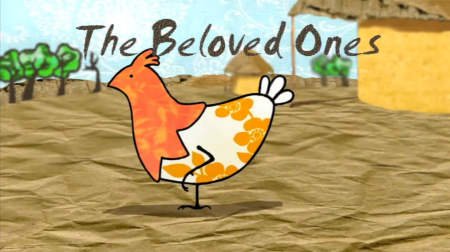 The materiality of this animation technique is charmingly tangible. Two examples are the hut roof fashioned from torn corrugated cardboard and the illusion of perspective constructed through horizontally wrinkled brown paper. Many of the images in this film are complimented by the appearance of textile patterns. They are ever present in the sky, images of water and on the bodies of the chickens we see crossing the screen. I wondered whether this was simply a stylistic choice or did it hold symbolic significance. From an overview the patterns seem to be noticeable in positive contexts, but I feel I might be jumping to conclusions if I was to assert that they represent hope or optimism. 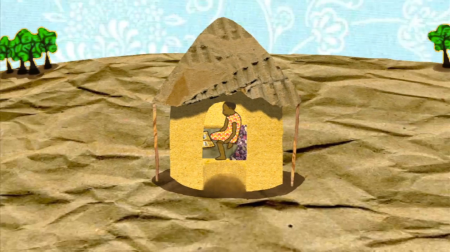 The most striking moment in this short documentary takes place when we hear Anna recount her husband’s attitude of denial towards HIV/AIDS. ‘He has never taken a blood test, he has lost three girlfriends but still he doesn’t believe.’ As these words are uttered her husband’s body shrivels, metamorphosing into a deathly skeleton. Such imagery is powerful in its simplicity. 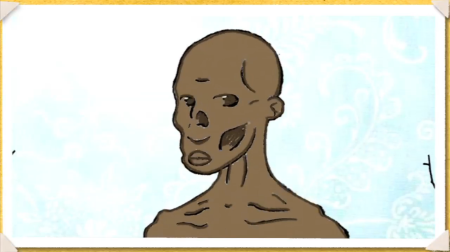 One shot niggled at my animator’s eye; when the memory book is being discussed the camera moves backwards from in the hut and out the door. The cinematic illusion is broken by the visibly pixelated edge of the doorframe. Such a significant loss in resolution is unfortunate.

In a recent article written for Animation Studies, Samantha Moore discusses audio problems she experienced while filming in Uganda. Moore was forced to use voice actors due to the low quality of the original recordings. Although she had an initial ‘…fear that the documentary status of the film could be compromised by this jettisoning of original sound…’ Moore argues that both the unusable original voice recordings and the audible re-enactment ‘carry the indexical trace of the words’. The choice between the two options was ‘…not aided by an argument about which is more genuine.’

Samantha Moore’s work has been featured on Animated Documentary several times. We look forward to many more films from her. 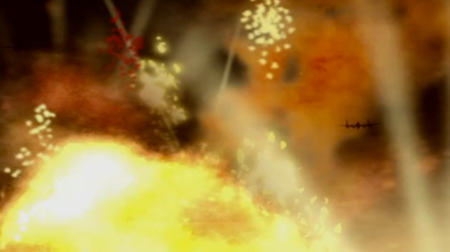 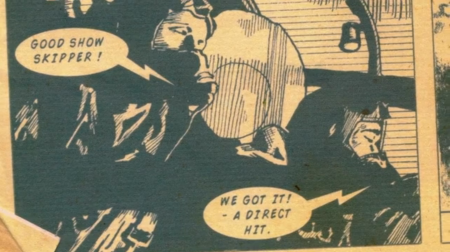 Another one from animated documentray gems over on Vimeo, this animation created with ink, Sarah Nesteruk makes sense of her family history.

Inspired by a CIA manual here’s a DIY guide to torture. Winner of many many awards this film now fronts a Belgian Amnesty International campaign. 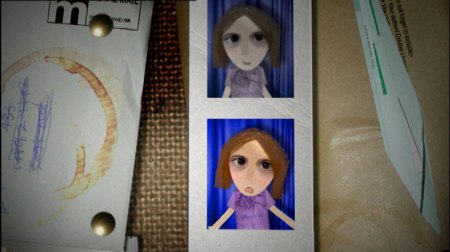 From Beakus in London, two more segments in the BBC’s series on child poverty ‘the Wrong Trainers’ for kids’ news programme Newsround. The series won awards from BAFTA and the National Television Society.

A stark animated documentary about the Berlin Wall, focussing on the memories of the interviewees imaginations as to what was on the other side.

Persepolis is the poignant story of a young girl in Iran during the Islamic Revolution. It is through the eyes of precocious and outspoken nine year old Marjane that we see a people’s hopes dashed as fundamentalists take power – forcing the veil on women and imprisoning thousands. Clever and fearless, she outsmarts the “social guardians” and discovers punk, ABBA and Iron Maiden. Yet when her uncle is senselessly executed and as bombs fall around Tehran in the Iran/Iraq war, the daily fear that permeates life in Iran is palpable.

A collection of short animated docs looking at child poverty in the UK.

The UK’s Great North Run has just opened its Moving Image Comission for 2012: a £30 000 budget to make new work in response to the world’s largest half-marathon. More info here:

I just discovered in the archives a film from 2007 by director Suky Best which focuses on the stories and experiences of individual runners.