‘An Oversimplification of Her Beauty‘ By Terence Nance

An autobiographical debut feature which documents the frustrations of creator Terence Nance’s ambiguous relationship. Live action is interspersed with a variety of animated sequences from a team of over fifteen animators including Nance (also the writer, director, producer and central protagonist).

The film received enough attention at Sundance 2012 to get Jay-Z on board as an executive producer and Janelle Monae contributing to the soundtrack. It received a Gotham award in 2012 for ‘Best Film not Playing at a Theater Near You’, which thankfully no longer applies as it is set for U.S. release in April 2013.

Enjoy the overwhelmingly enticing trailer. We’re hoping it makes it over to the UK!

Lies – Part 1 – Directed by Jonas Odell from FilmTecknarna on Vimeo.

If you like ‘Never Like the First Time’ you may enjoy this, the first of three first person narratives, from a film which won at Sundance 2009.

Review from Short of the Week here.

A live action documentary which follows the creation of Muslim comic book heroes and uses animated sequences to bring the characters to life.

“WHAM! BAM! ISLAM! tells the story of Naif Al-Mutawa and his venture to create the first team of superheroes from the Muslim world called THE 99. Following the tumultuous journey of THE 99 from concept to reality, from acclaim to censure, from the edge of bankruptcy to a multi-million dollar animation series, Al-Mutawa dodges cultural minefields and confronts the harsh realities of the global marketplace in pursuit of his vision to bring new heroes to children around the world.”

You can watch clips on the film’ website: http://whambamislam.com and download the film from iTunes’ US store here.

McLaren’s Negatives is a short animated documentary directed by French Canadian filmmaker Marie-Josée Saint-Pierre. The film is a study of the Canadian animator Norman McLaren, and his personal view of film making. The short film won several awards, including the 2007 Jutra Award for best animated short film.

Still enjoying it’s time on the international film festival circuit, you can find a link to the trailer here for Leonid’s story.

An animated biography on the 25th anniversary of the Chernobyl disaster. A mixture of animation, photo collage and real documentary footage.

If you don’t already know the Short of the Week site, check ot out for a hand-picked selection of quality short films and insightful reviews. From there comes this little nugget: interviews with four games fans about their virtual alter-egos and a hybrid of live action and machinima which inserts them into the world we know.

Not your usual animated documentary – more effects and archive footage worked together to explore the world of Eadweard Muybridge.

A live action documentary about the creation of a comic book of Muslim heroes, which uses animated sequences to bring the comic characters to life. The film tells the story of Naif Al-Mutawa’s journey to produce and distribute an animated TV series for children. 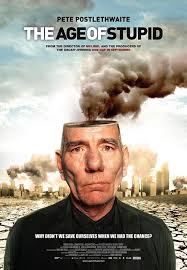