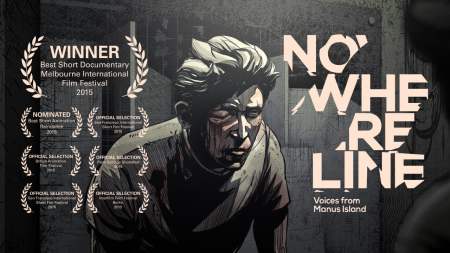 An important Animated Doc featuring the voices of Asylum Seekers detained on Manus Island, whilst en route to Australia. This animated doc is available on 99.media, a free platform broadcasting documentaries in 6 different languages.

Seven months later, the Manus Island centre erupted in violence when police and guards put down protests with sticks, machetes and guns, and 23 year-old asylum seeker Reza Barati was killed.

We spoke to Behrouz and Omar, who are currently detained on Manus Island.